I Stood upon the Sky

I stood upon the sky and did not fall,
I walked beneath the sea and yet had breath;
I sailed past deadly rock and Sirens' call,
Marched by the Gates of Hell and laughed at Death.

I took up red hot iron and was not burned,
Lay long upon the rack that broke me not;
Though burning desert parched, all water spurned,
Endured so long that Time itself forgot.

And in Time's measure, fell again to earth,
By water, rack, and iron broken then,
'Til soul-despairing, wept for my sad birth;
And by a word from you — reborn again.

The face a woman, goddess fair, her hair
Bound back, imperial, her gaze aloof,
With flowing gauzes gowned, as Vestals wear,
Their sacred modesty beyond reproof;
This golden coin was always by his breast,
Suspended from his memory's silver chain.
His life was by this token ever blest,
With well remembered love, forgotten pain,
'Til standing then at last upon the shore
Where Charon, oarsman grim, demands his piece
The new-made shade can smile; she gave him more
Than ever she could know, and now, release.
His body gone, a spirit now afloat
He yields the coin, and steps into the boat. 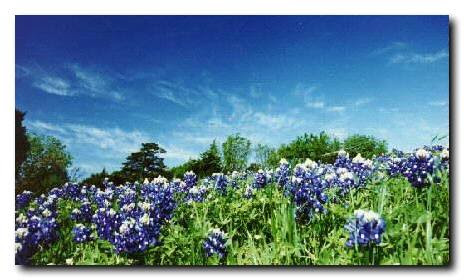 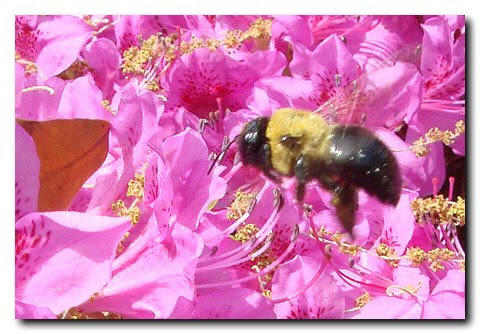 In the lee of the lea,
The brazen bumblebees
Drink from dipping flower fountains 'til they're dry.

In the dappled shadow shade
Tiny bombers bold arrayed
Target buttercups and clover as they fly,

Then they pounce like bantam panthers
On the stigmas, styles and anthers,
Little barons of the golden trade they ply.

Then it's home to hive and ground
There to dance of what they've found
Abroad the meadow 'neath the blessing sky.

Richard Lawrence Cohen began this piece on the visible suffering of the aged Pope this way:

"In deep winter he continues his work of suffering, in full view, so that the world can know this aspect of God."

I was moved to write this sonnet:


The Pope in Infirmity

In bygone times the Pope could be a man
With vigor still, whom age had not yet bowed,
Pursuing ardors less basilican,
Of schemes and wars and other furrows ploughed.
Today the cardinals choose their Father from
Their own decrepit ranks; an aged priest,
The Holy Father to his throne will come
A man betimes already half-deceased.
And thus pressed down by burden of his years
And trials of spirit and the body's pains
The Church's Father takes his yoke of tears
And Christian labor, and his flock sustains,
'Til salving Death shall come to Peter's dome
And there an old man gently carry home.

Here is a minor piece posted ahead of the "regular schedule." An extra.

Richard Lawrence Cohen questioned why the greeter ignored him the other day. My thoughts. By following the link, one can see my further comments/analysis.

“Why did she not greet me?”
Sotto voce he did say,
As he hurried by the greeter
At the WalMart door that day.

“I know that she could see me,
And since it is her task
Most neighborly to hail me,
Why not? is what I ask.”

“Is it my demeanor?
Is it how I'm dressed?
Is it my religion?”
The man was most distressed.

An old man with a walker
Whom age had left the worst
Looked him in the eye and said:
“Next time, you greet her first.”

I draw the bow of reckoning
And arrow of decision,
With target ever beckoning
The arrow's cruel precision.

I strike the bell of time and space
Through all the ages tolling,
As o'er this place with wispy grace
The faery clouds are rolling.

I say the charm that charms all charms,
Call forth the dragon's breathing:
The spell of sleep that harm disarms,
Enchanted sight bequeathing.

The days are dark from mount to strand,
The ranks of knights are thinning;
The king and land together stand
As was from time beginning.

As will the new, the old ways die
And dreams remain unwritten,
And by and by, both hip and thigh,
Unrighteous men are smitten.

The bow of reckoning is drawn,
The bell of time is pealing;
All knights are pawns as sure as dawn
With souls in need of healing.

The knight will fail who seeks his Grail
Devoid of heart's perfection;
The quest unveils in each detail
A spirit's base abjection.

But on the stones and in our bones
This truth in bold inscription:
"He ne'er disowns him who atones
And follows His prescription."